Simple Minds have taken their time in coming up with their first acoustic album. But given that they made their biggest commercial impact with towering singles like Promised You A Miracle and Don t You (Forget About Me), that s not surprising. The band became the standard bearers for a new kind of rock music in the Eighties when they added big choruses and widescreen atmospherics to the art-rock invention of the post-punk era. So, even in the unplugged upswing that followed, when practically every major rock band stripped down their songs and played them acoustically, Simple Minds shied away. But now, on Simple Minds Acoustic, they have found a way of doing the acoustic thing without losing their essence, and a dozen Simple Minds songs loved by millions now sound softer, more organic and even more likely to leave a lasting imprint. The synths are no more but the Celtic soul remains.

Is Discontinued By Manufacturer

Be the first to review “Acoustic” Cancel reply 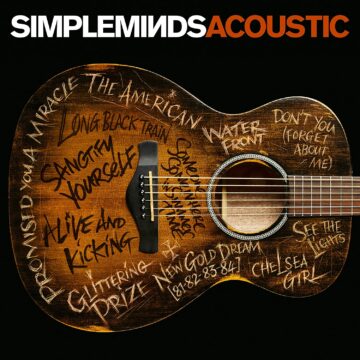 You're viewing: Acoustic £6.96
Add to cart
We use cookies on our website to give you the most relevant experience by remembering your preferences and repeat visits. By clicking “Accept”, you consent to the use of ALL the cookies.
Cookie settingsACCEPT
Manage consent