On February 4th 1977, after a year of recording through hedonism, scandal and relationship break-ups the British-American rock band Fleetwood Mac released their eleventh studio album, Rumours. Although troubled with tension and setbacks the second time round combination of Mick Fleetwood, Stevie Nicks, Lindsey Buckingham, John and Christine McVie, together with the production talents of Ken Caillat and Richard Dashut had created the band’s ultimate masterpiece. 2013 sees the remastered edition of this seminal album reissued on its original format to celebrate 35 years since its release.

Is Discontinued By Manufacturer

Be the first to review “Rumours” Cancel reply 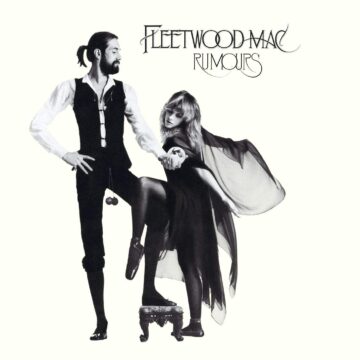 You're viewing: Rumours £19.99
Add to cart
We use cookies on our website to give you the most relevant experience by remembering your preferences and repeat visits. By clicking “Accept”, you consent to the use of ALL the cookies.
Cookie settingsACCEPT
Manage consent