The Very Best Of Dolly Parton

2007 compilation from the enormously gifted and talented singer/songwriter, the most successful female artist in Country Music history. From the ’60s to the millennium, Dolly has been there combining the bluegrass influences of her youth with the ever-evolving ‘modern’ sounds of Country & Western. Her performances are always stunning, whether she is accompanied by a small acoustic group or an orchestra. Not only is she an extraordinarily emotive vocalist, she’s also an experienced musician and fantastic songwriter (most of her hits were self-penned). 20 tracks including ‘9 to 5’, ‘I Will Always Love You’, ‘Jolene’, ‘Here You Come Again’, ‘Coat of Many Colors’, ‘Islands in the Stream’ (with Kenny Rogers) and many more. Sony/BMG.

Review
We reviewers are an arrogant lot. We really do believe that we can help you get to the heart of the music and guide your purchasing decisions. Well, sometimes that is a good thing – we all need help in filtering the mass of cultural information out there down to a manageable amount.

But how on earth can anyone add to the sum knowledge and understanding of Dolly Parton? She is one of the most recognised people on earth and her songs are amongst the most familiar in the popular music canon. Since her first single in 1960 she has written over 3,000 songs and recorded many more.

Born into a dirt poor farming familly in Locust Ridge, Tennessee (she was one of 12 children) Dolly was soon writing songs and performing locally. From there to her first hit with “Dumb Blonde” in 1967 to the classic worlwide smashes of songs like “Jolene” (her first real breakthrough solo single in 1974), “Here You Come Again”, “I Will Always Love You”, “Islands In The Stream” and so many more, this has been an incredible journey. One of the first people to take down-home country into the pop arena and out into the world, Dolly went on to become a host of her own TV shows, star in major Hollywood movies, sell millions of records, build her own theme park and continue to have hits right the way through to the late 1980’s.

Eventually, of course, she became so big, so mainstream that somehow we stopped thinking of her as a country star and came to see her through the consumerist filter of that 80’s era – big hair, big hits, big personality…but big was not nescessarily the same as great and as the hits dried up, so Dolly has been able to concentrate on the things that do demonstrate her genuine greatness. Collaborations with Linda Ronstadt, Tammy Wynette, Loretta Lynn started the process of bringing her back to her roots and this continued through her recent rootsy albums such as the lovely Little Sparrow in 2001. So now we can see that Dolly was not just a star – although she certainly is still every inch a star – she was and is one of the finest singers and songwriters of the modern era.

This album is being released to coincide with her first full UK tour since the 1970s – see it and see a star bestride the stage. –Guy Hayden 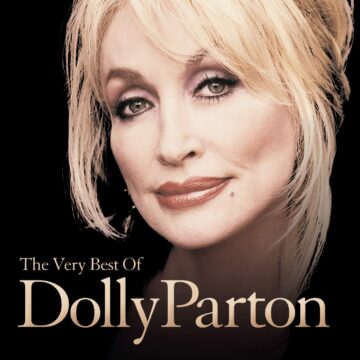 You're viewing: The Very Best Of Dolly Parton £8.79
Add to cart
We use cookies on our website to give you the most relevant experience by remembering your preferences and repeat visits. By clicking “Accept”, you consent to the use of ALL the cookies.
Cookie settingsACCEPT
Manage consent